I am ambivalent about this dress, no really, all the way through ... I tried new techniques and thought 'if this doesn't work, I'll just toss it'. 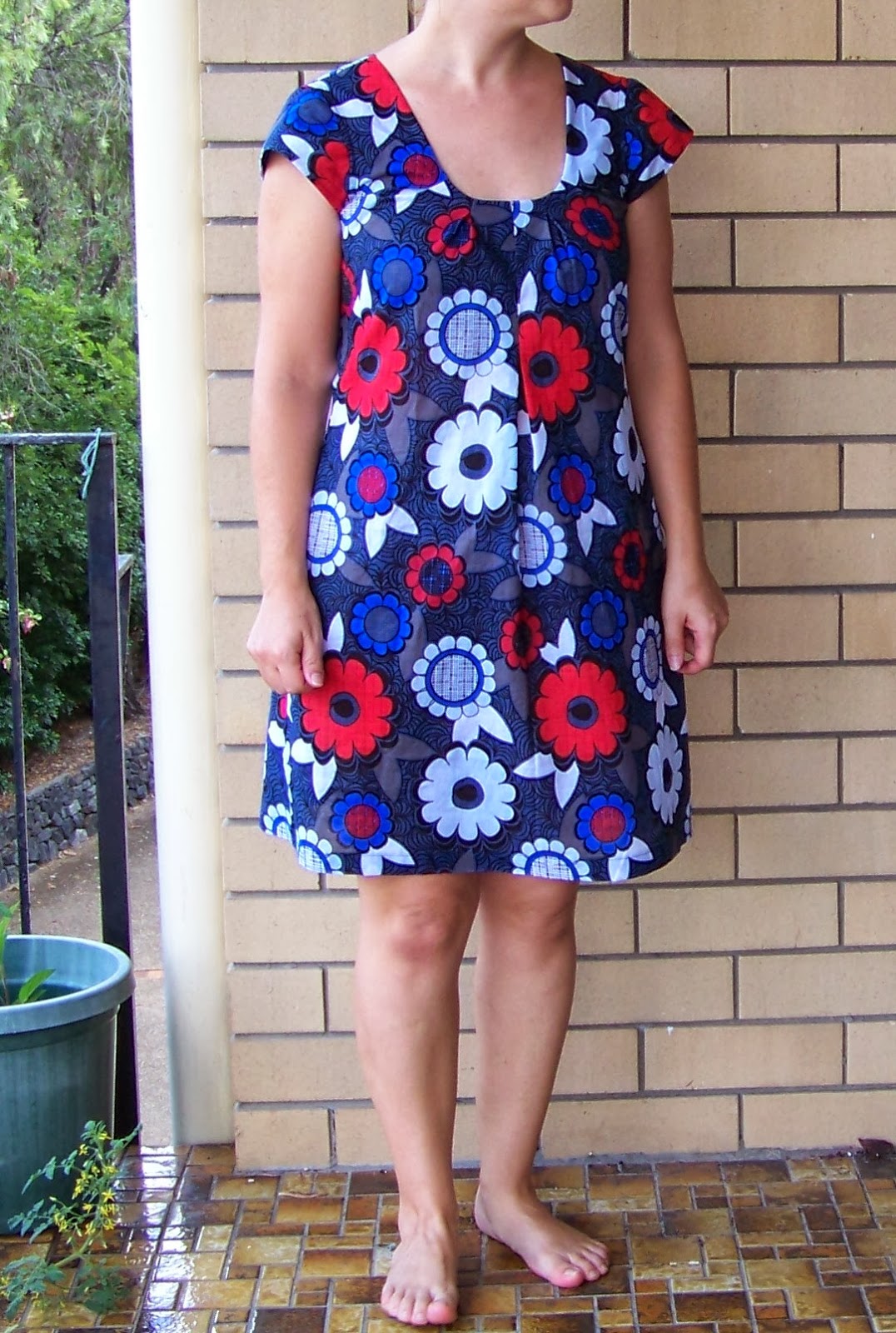 I know, I know ... I can hear you ask the question why - or maybe that's my daughter nagging me for something, who knows.

I bought the pattern (New Look 6803) in February in time for the European summer, because my sister likes that sort of thing, but within 3 weeks of buying it she announced she was pregnant. Hmmm, then I thought - whilst feeling grumpy that I just spent 10 dollars on a pattern that I didn't really like - maybe I'll just make myself a dress that I could just wear around the house on days when it is so hot that you don't want to wear anything, but it wouldn't be polite to do so i.e. at Christmas when my mother-in-law is here and it is hot and sweaty and no rain in sight.

I cut it all out in a size 14 and then realised that our summer had come to an end, so I packed it away for this year. The thing is ... I have the attention of a 2 year old. I get distracted by something shiny ever so easily. The pattern just didn't hold my attention. The fabric said it's a cotton voile, but it is feels kinda funny and I now wonder whether it has any polyester in it, but I don't want to do a burn test otherwise I'll never wear it.

Anyway, I have finished it now. I machine basted the entire dress (never done that before), then adjusted for my small back and took in the sides. I probably took it in too much, because it's a little hard to take off, but I am still losing weight, so it might be easier soon :-) 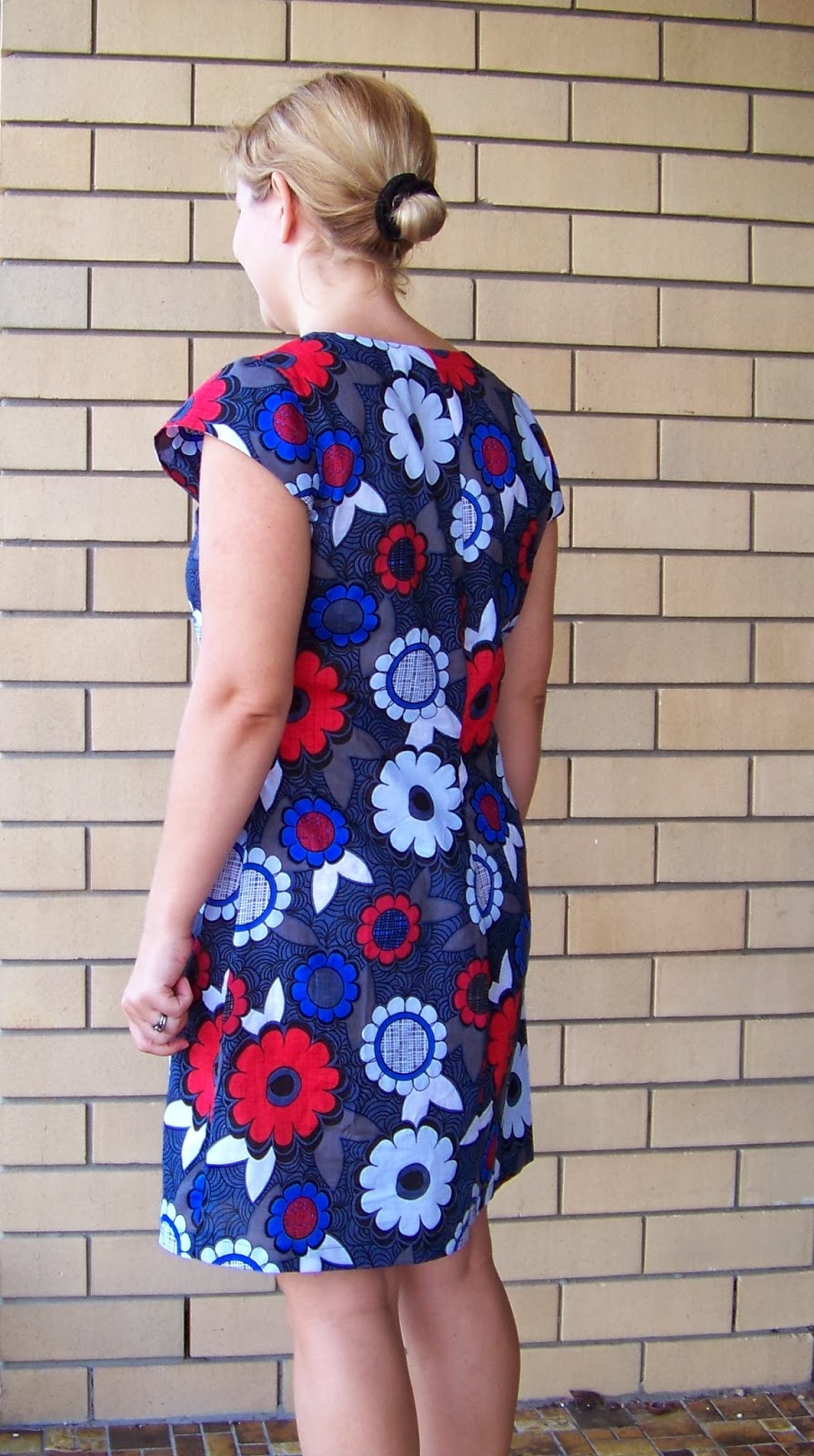 I lowered the neckline, but added 2 small pleats. I french-seamed the whole dress and I flat felled the sleeve seams, which I had never done before. 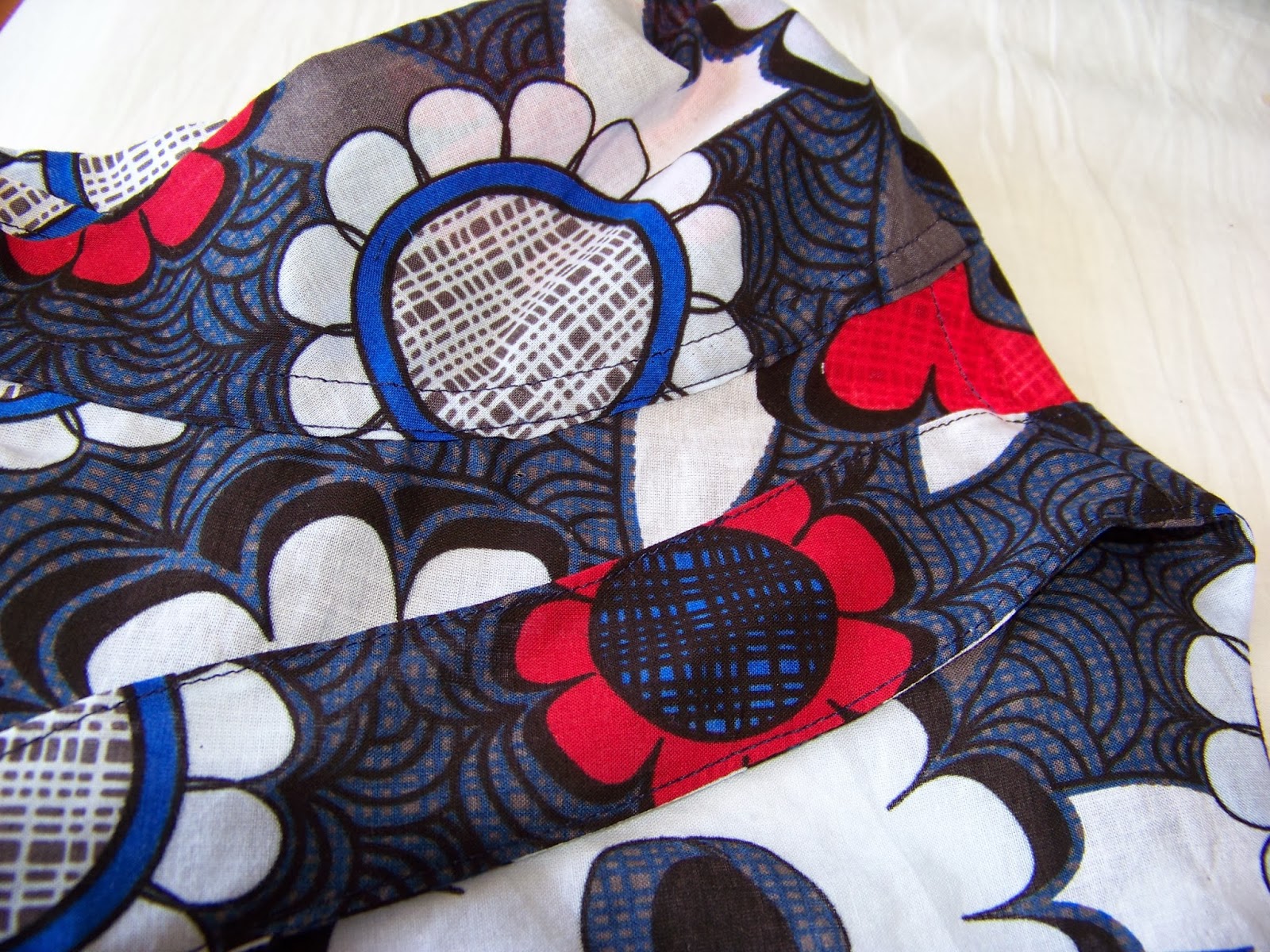 The dress had facings - never done those either, but obviously after all the changes the facings I had were too large were too large. I drafted new facings and finished those with a little rolled hem (just how are you supposed to finish them when you haven't got a overlooker/serger ???). It looks quite pretty inside actually.

Overall I am still underwhelmed. It makes me look pregnant, because the fabric hasn't got enough drape. It would suit people with a different body shape I think. Actually when I am wearing it, it's not too bad, but in the pictures I think I look huge. I could add a belt, but that would defeat the purpose of it being light and airy. 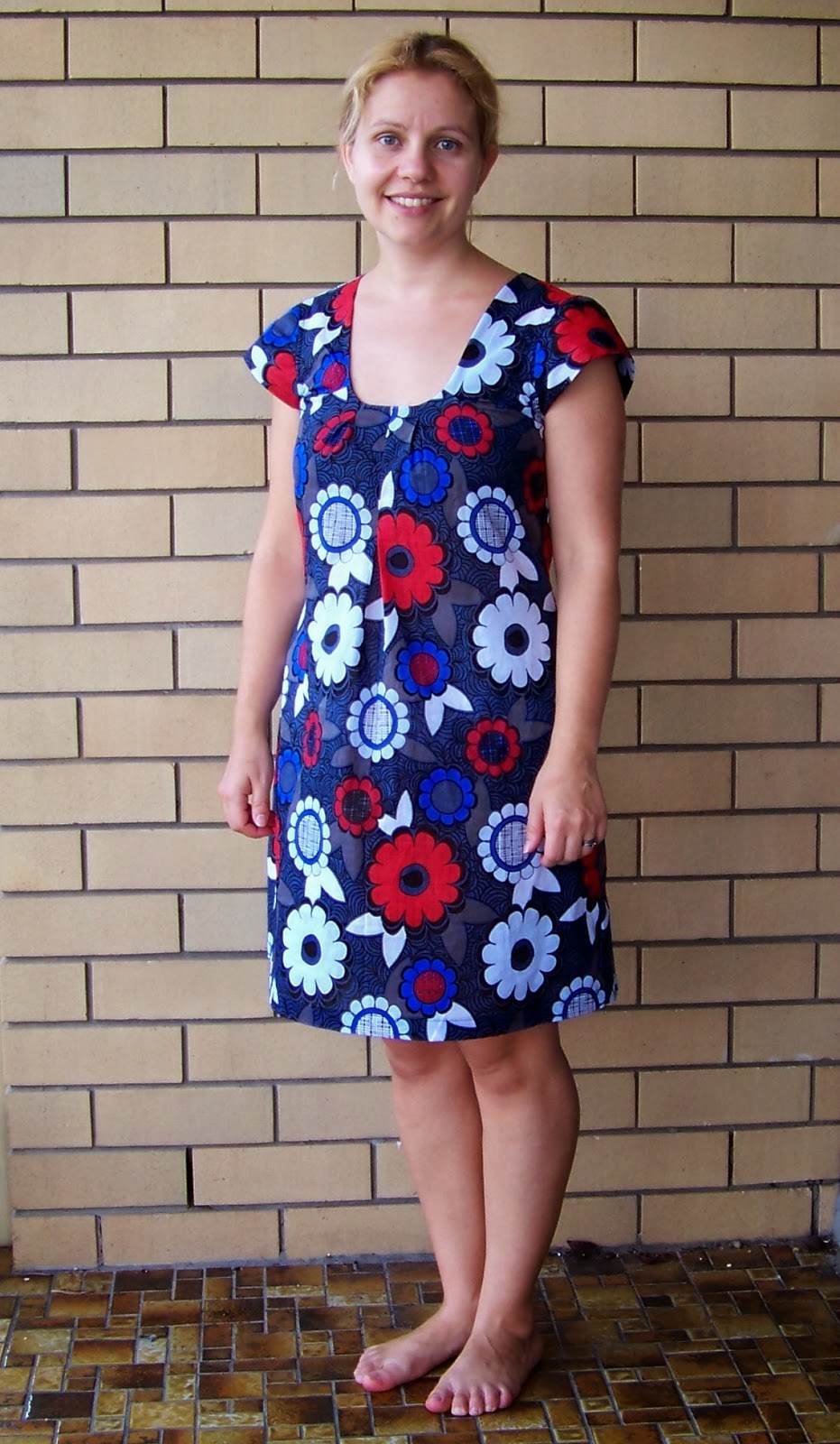 However, I am giving it a year. If I haven't worn it in a year it gets given away, maybe, if I can part with me-made things by then.
Posted by Giggles at 13:36