left overs from the knit marathon

this is a bit of a collection of bit and pieces that were never big enough to warrant their own post thus got left behind a little.

It was my only UFO of the year 2014: a little night dress for my daughter, already cut out in March, but never got anywhere afterwards. It only took 2 hours and it was done. It is very similar to her birthday dress, except the front is a bit gathered. 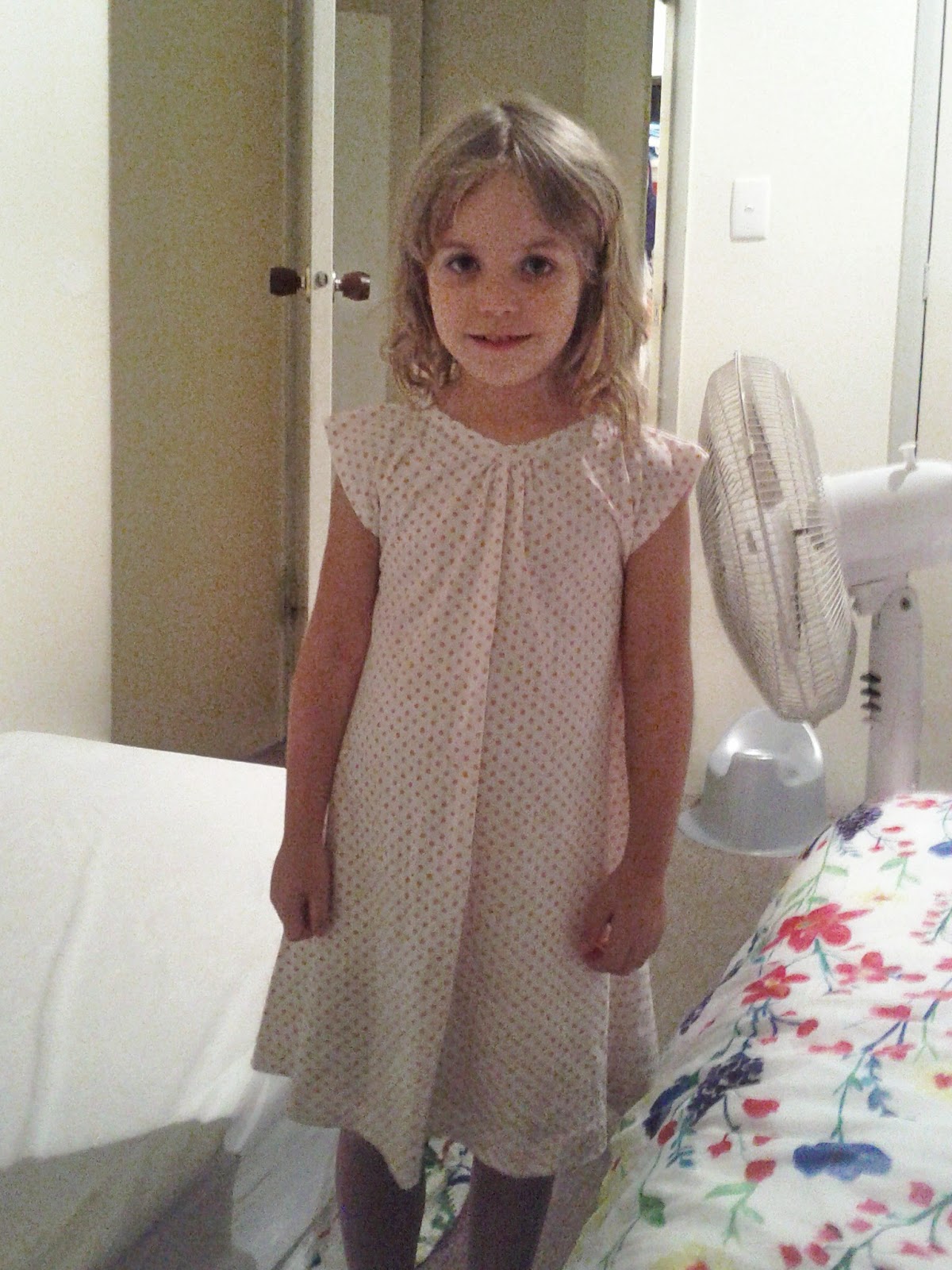 It is lovely, especially with the gathered front. Maybe I should make some t-shirts from this pattern once she's outgrown her current size.

Now, for the past 2 years I have been trying to create my own perfect T pattern. It was based on an old worn out t-shirt and the muslin was great, but I never got around to making more. That was 2 years ago ... then ... this last year ... I got this idea 'WHAT IF ... I made it even better and make it cap sleeve and thus eliminate the need to set in sleeves ... wouldn't that be just AWESOME'. Hmm okay, except by then I couldn't remember whether I had added seam allowances to the pattern or not and the next muslin was made with a 'not as stretchy' jersey, so the result was quite tight. 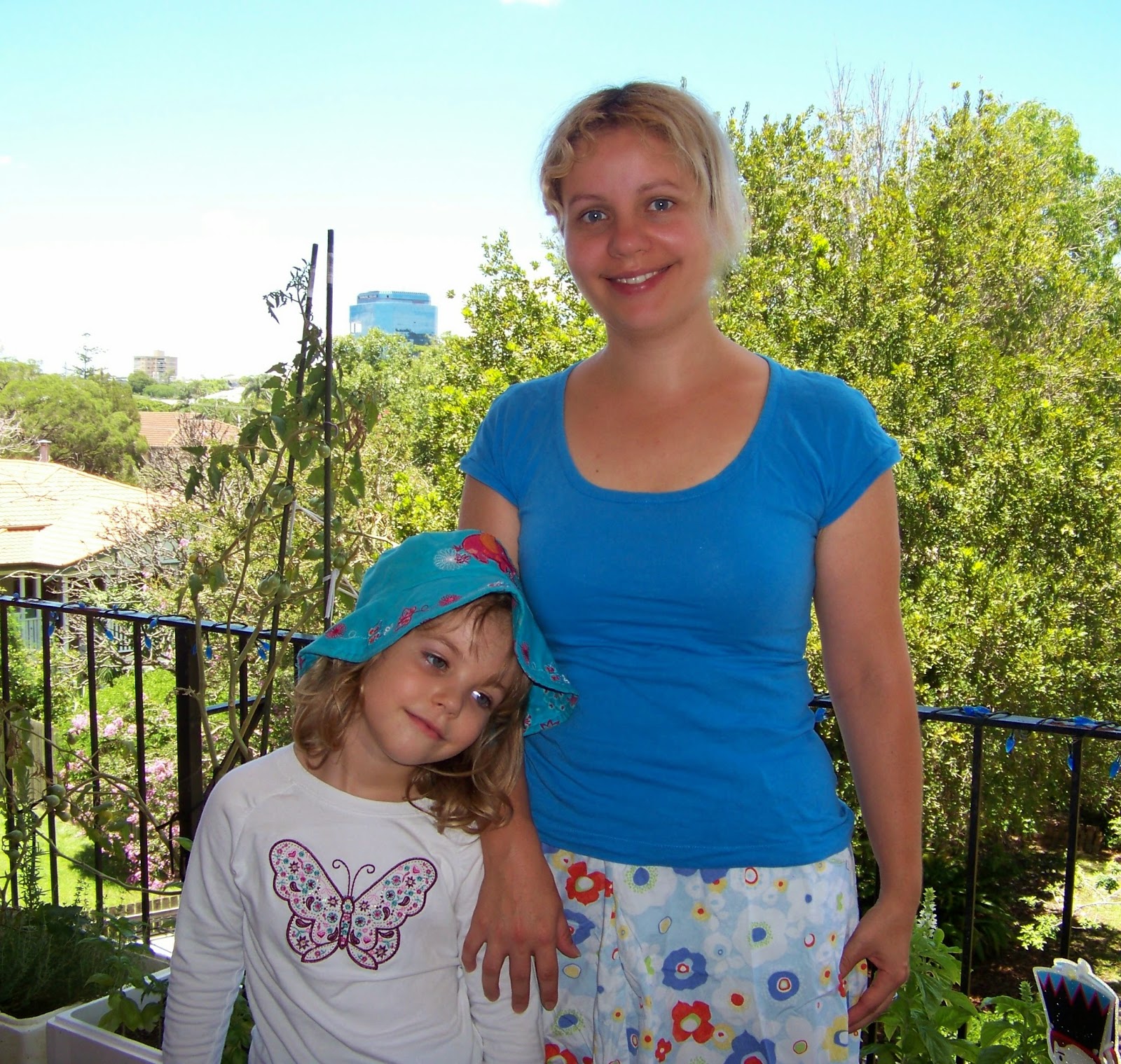 Totally wearable under a jumper and a cardi, but not perfect. We are going to do more testing with this in March (after the next round of birthdays), but this is where we are now.

Finally, I thought I needed a knit mini skirt to wear with some of the more looser tops I own, so this bit of organic bamboo ribbing that feels a bit like ponte worked well. It's self-drafted, which is really a fancy way of saying I drew up a rough shape and because it stretches, it hides any imperfections that might be there. 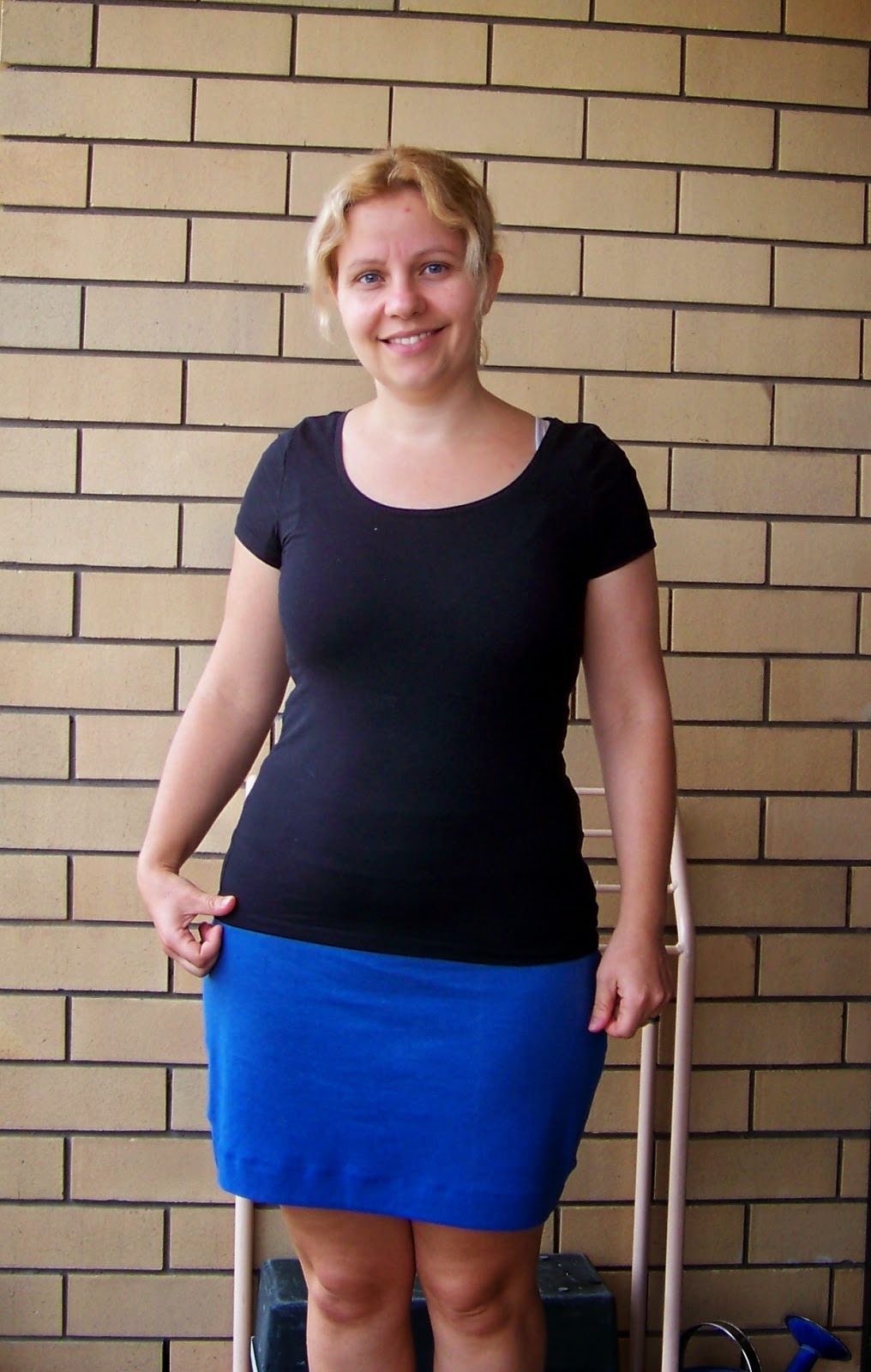 It could be longer, looking at it critically, but it works for it's purpose and what I am really going to try this year is being less critical of myself :-)
Posted by Giggles at 14:46

Email ThisBlogThis!Share to TwitterShare to FacebookShare to Pinterest
Labels: jersey

Older Post Home
Subscribe to: Post Comments (Atom)
Crocheting, knitting and trying to sew,
cooking with allergies and raising little ones too,
life is full of adventures, you see ...
it'll be a giggle, come follow me :-)